Last night something was broken inside Meher, her pillow was wet with tears. She didn’t know when her nerves gave up and she slipped into an embrace of deep sleep. Something shook her out of that embrace, She tried to open her eyes but a sharp strike of light shut off her vision. Meher felt a soft and gentle touch of little fingers trying to hold her hand as if they want to take her somewhere. Meher followed that magical touch and came out of her room. It was dead drop dark outside, she was unable to figure out the time but she guessed it was the darkest hour of the night. Meher felt the cool breeze brushing her body softly, the sound of waves was the only thing which can be heard in this dark silence. Suddenly, there was light all around her and Meher saw the owner of that magical touch. A beautiful, angelic little girl standing in front of her.

Meher asked “Who are you? And why you got me here?”  She smiled gently and said in her silky voice “I am here to deliver a message to you, Meher.” Meher was awestruck as she continues, “ He asked me to remind you that you are the most beautiful creation of HIM. All you need is to realise that time has come for you to awaken. It is the time to take control of your life and start writing a new story and become Pratyekabuddha.”

“What is Pratyekabuddha?” Meher asked in an astonished tone. The little girl continued in her angelic voice, “It means self-awakened ones. To become one, all you need is to follow your inner voice and start realising your true potential.”

“From now onwards you do not worry about anything or anyone as you are part of HIM and he lies inside you,”  and saying this she started to leave.

Meher shouted, “ Before leaving, please, tell me who are you?” She smiled gently in her signature angelic way and said, “I am YOU”.

The chirping of the birds and sound of sea waves woke her up, it was broad daylight, and Meher was lying on the seashore. Meher smiled as she was ready to write her OWN STORY. 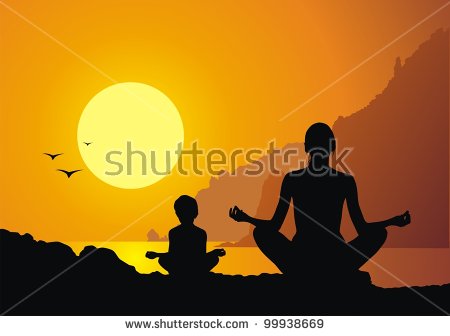